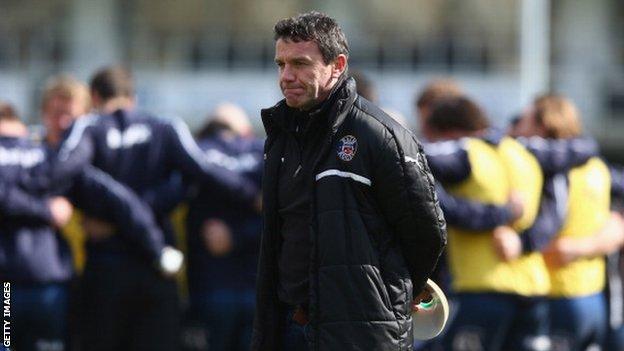 Bath are to follow in the footsteps of the Wales and Ireland national teams by undertaking a punishing training camp in Poland.

The training base in Spala includes a cryotherapy chamber where players endure temperatures of -130C.

The week-long pre-season camp will start on 21 July and be led by high performance manager Allan Ryan.

Head coach Mike Ford said: "It's equivalent to three weeks training in one. It's full on."

"We will give them a week off afterwards, which will be important after such an intense period.

The Spala training base was used by the Ireland team in 2002 and has more recently been used by Wales under the guidance of head coach Warren Gatland.

Ford, who visited the Polish training facility a decade ago during his time as Ireland defence coach, said: "The players will be up at seven and falling into bed at nine at night. The days will be full.

"They will do six or seven sessions a day, including skills and rugby as well as weights. They get up and they go from one session to the next.

"We're going because as coaches we'll have them 24/7, and the cryotherapy chamber they go in will really regenerate their body quicker than any other recovery system.

"We will give them a week off afterwards, which will be important after such an intense period.

"It's a good plan and we believe in it, and it will help to break up pre-season training."

Bath's first pre-season friendly is against Bristol on 17 August.