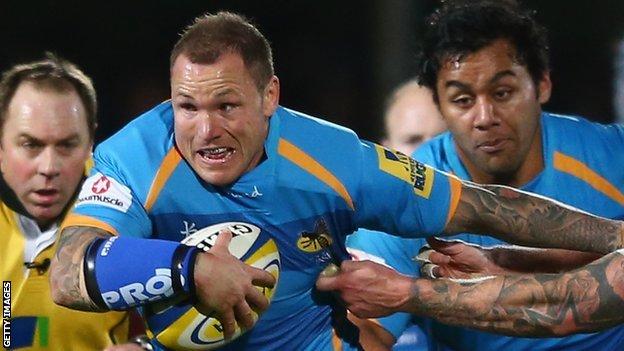 London Wasps centre Lee Thomas has been forced to retire at the age of 29 because of an ongoing Achilles problem.

The Welshman ruptured the tendon in December and has been unable to fully recover, despite seven operations.

He played four times for Wasps and has represented Cardiff, Celtic Warriors, Sale Sharks and Lyon.

"The decision becomes a lot easier once it is taken out of your hands but it is still very difficult to accept," the former Wales under-21 player said.

"I would like to thank everyone I have worked with over the years, including coaches, supporters, players and my agent Christian Abt."

Wasps director of rugby Dai Young said: "It's a real shame because when he suffered the injury he was really beginning to settle into the club and starting to play some great rugby.

"Lee's a good man and we will help him out in any way we can in the future."