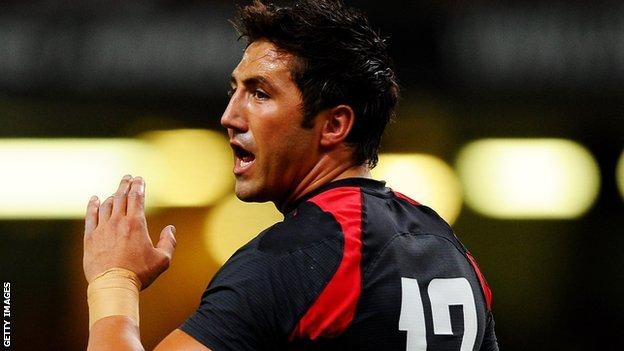 Bath duo Gavin Henson and Carl Fearns have received written warnings and been fined by the club following an incident in a bar in the town.

Police were alerted following reports of "aggressive behaviour" at the Pig and Fiddle on Wednesday, 10 July.

No officers attended as the group dispersed, but CCTV appeared to show the incident where a man, believed to Wales international Henson, is punched.

Bath chief executive Nick Blofeld said they regard the case as closed.

A statement on the Premiership club's website read: "The behaviour of some of the players was totally unacceptable and not what we expect from them.

"The two players involved have taken full responsibility for their actions and they have both received written warnings and fines, and we regard the case as now closed."

As an England Saxons player, flanker Fearns has been asked to attend a meeting with the Rugby Football Union concerning his future conduct.

Henson, 31, has been capped 31 times by Wales and joined Bath in June after leaving London Welsh at the end of last season.