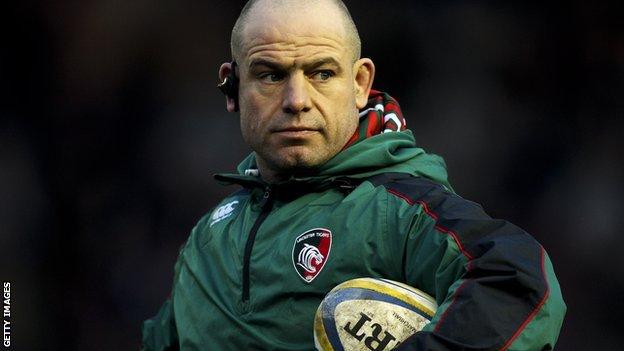 Leicester Tigers have decided to appeal against the nine-match ban given to director of rugby Richard Cockerill.

The appeal is against "elements of the sentence", not the guilty verdict.

The suspension was imposed by a Rugby Football Union (RFU) disciplinary panel after his exchange with fourth official Stuart Terheege in last season's Premiership final win over Northampton.

Cockerill was found guilty of conduct prejudicial to the interests of the Union and/or the game.

At a hearing in Coventry, he had pleaded not guilty to the charges of using obscene, inappropriate and/or unprofessional language and behaviour towards Terheege.

His punishment is to be suspended from all matchday coaching activities for nine matches from the start of next season.