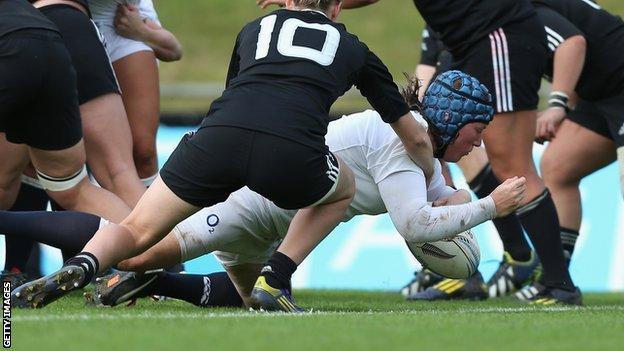 England Women suffered a 3-0 series defeat after losing 29-8 in the third Test against New Zealand in Pukekohe.

England took a 3-0 lead but the Kiwis responded with 17 unanswered points as Claire Richardson and Aroha Savage went over for tries.

Rochelle Clark gave England hope when she crossed to reduce the deficit to nine points.

England head coach Gary Street said: "This is obviously not the way we wanted to finish the tour but there were still parts of the game that we were pleased with and there are positives.

"We came here to see where we are 12 months away from the World Cup. To come to New Zealand and play the best opposition around gives us a real indicator of what we have to do before August 2014."

England had been hoping to claim a first away victory against world champions New Zealand in 12 years.

But defeat ended a miserable series for England after they were beaten 29-10 in the first Test in Auckland and lost the second Test in Hamilton 14-9.