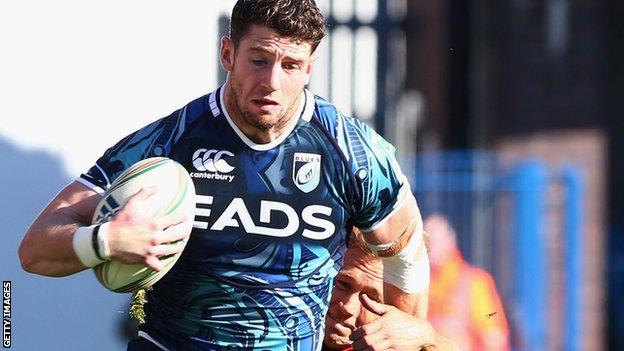 Cardiff Blues will host champions Toulon on their new artificial pitch in their first home pool game of the 2013-14 Heineken Cup.

Fly-half Jonny Wilkinson and company will face the Blues at Cardiff Arms Park on Saturday, 19 October.

The Blues will open their campaign six days earlier away to Exeter.

Scarlets will also be away on the opening weekend with a trip to Harlequins, while Ospreys will welcome Leinster to Swansea.

"Europe is all about winning your home games and trying to pick up some points on the road," said Phil Davies, the Cardiff Blues director of rugby.

"There will be a lot of pressure on Exeter to get a home win to start the campaign but for us it's a huge challenge to go away and pick something up in that game.

"If we do, it will be a real bonus and confidence booster going into the Toulon match game at home.

"We know the challenge that Toulon will present being the Heineken Cup champions."

After welcoming Amlin Cup champions Leinster to the Liberty Stadium on 12 October, Ospreys then travel to the East Midlands to face Northampton Saints, who will have Wales and Lions wing George North in their ranks.

A double-header with France Top 14 champions Castres follows - at home on 6 December and away a week later.

"The Heineken Cup is all about testing yourself against the best teams in Europe, and against some of the best players in the world, and that is definitely the case for us in this pool," said Ospreys head coach Steve Tandy.

"We're up against two former Heineken Cup winners, the current Pro12 and Amlin champions, and the current French champions. It doesn't get any tougher."

Scarlets kick-off their European campaign with a trip to face last season's quarter-finalists, Harlequins, at the Twickenham Stoop on Saturday, 12 October.

"Quins are a tough side and were unlucky to miss out to Munster in last year's quarter final," said Simon Easterby, the Scarlets Head coach.

"Racing Metro will also be a tough challenge with a number of key new signings in their ranks but we have the ability to put strong performances together and the boys will chomping at the bit come October."

The Scarlets will then face last season's losing finalists Clermont Auvergne in the back-to-back fixtures, with the first at Stade Marcel-Michelin on Saturday 7 December before the return game at Parc y Scarlets on Saturday 14 December.