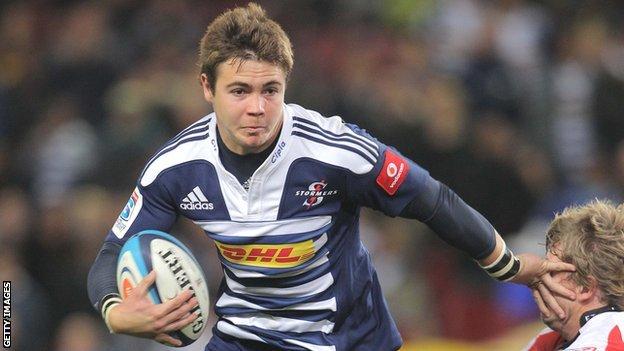 The 24-year-old plays Super XV with the Stormers and he will complete the Currie Cup campaign with Western Province before moving to Munster.

"I'm humbled by the trust shown in my character and ability to be granted the honour of becoming part of the Munster way of life," said Van den Heever.

"I will work diligently to justify the faith put in me."

He added: "I will do my utmost to make a purposeful impact at the club every day. For now I will focus on playing my part to assist Western Province in defending the Currie Cup title."

"Gerhard is a young guy that is capable of playing in multiple positions and has an opportunity to become a Munster man just like BJ Botha and CJ Stander before him," said Munster coach Rob Penney.

"He is a wing, centre and full-back with a lovely kick and is exceptionally fast, so he should be a great addition to the squad.

"We are very happy to have him coming to us and I know they are disappointed to see him go from the Stormers."