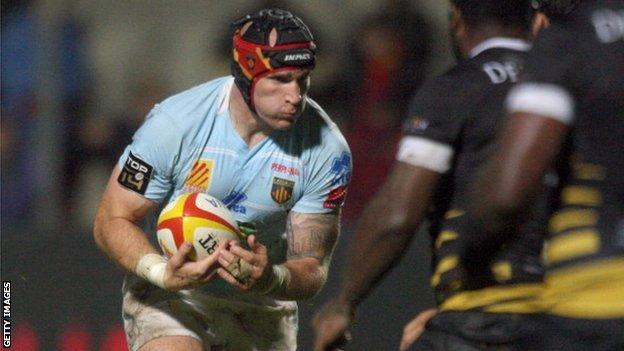 Scotland back-row forward Alasdair Strokosch has extended his contract at French side Perpignan until 2016.

The 30-year-old, who has won 35 caps for Scotland, regularly featured for Marc Delpoux's team last season.

He made 22 league appearances and helped Perpignan to the European Challenge Cup semi-finals.

He has been capped 35 times for Scotland, touring with the national side this summer to South Africa.