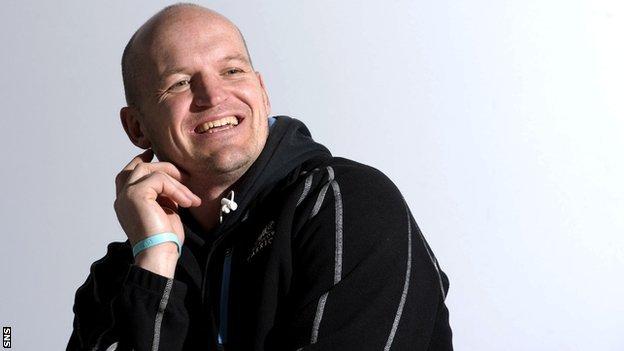 The Pool 2 clash takes place on 13 October, with Edinburgh starting Pool 6 the day before at home to Munster.

"To get them first up is great for our players, a really good challenge to go up against the best in Europe and we can't wait for it," said Townsend.

"We want to challenge in every game we play in."

Warriors' first home match in the tournament is against Exeter on 20 October before a double-header against Cardiff Blues in December.

"We know 80-minute performances are what counts," explained Townsend.

"It is tough in Europe, you certainly have to start with a win in your first two games but we feel we've got the squad that's capable of challenging the teams in our pool this year.

"It's good to play Exeter, they're one of the tougher teams to come up against in England, they've been really consistent. They've evolved their game as well, they're playing much more attacking rugby, they're excellent at the breakdown.

"Cardiff, there's lots of exciting things happening down there. The famous Arms Park Stadium, they're putting down an artificial pitch.

"They've got four British Lions in their squad, including the captain Sam Warburton and Leigh Halfpenny, the man of the Test series.

"So, it's a great game for us and they've got a lot of tradition in the tournament and throughout the global game. "

After hosting Munster, Edinburgh travel to play Perpignan and have two meetings with Gloucester in December.

The final two rounds of the pool stages are in January with Glasgow visiting Exeter and then hosting Toulon.

Edinburgh complete their pool with a home match against Perpignan followed by a trip to Munster.