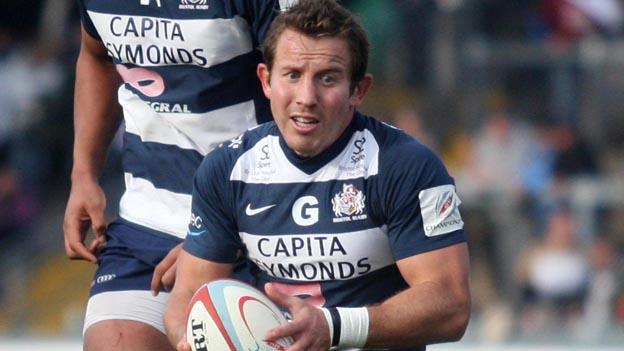 James Grindal has been named as club captain at Bristol for the 2013-14 Championship campaign.

The experienced scrum-half was chosen to take on the role by his team-mates.

The 32-year-old skippered the side on eight occasions last season while regular captain Iain Grieve was sidelined through injury.

The club have confirmed director of rugby Andy Robinson and his staff will select a separate playing captain who will lead the team on matchdays.

Grindal, who joined Bristol from Leicester Tigers in 2012, told the club website: "It's an honour to have been voted by my peers and I'll do my utmost to represent Bristol in a positive fashion.

"This is a fantastic club to be involved with, and everybody is looking forward to what promises to be an exciting season."

The 22-year-old was playing for Plymouth Albion when he suffered a broken collar-bone during a cycling accident in 2012.

The injury resulted in him being released by the Championship club and, after a stint as a personal training, was taken on trial at Bristol this summer.