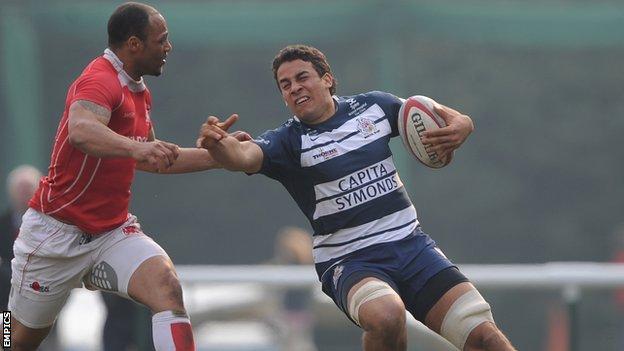 The 22-year-old former Zimbabwe Under-20 international came through the West Country club's academy set-up and made his debut in 2009.

He has now made 60 first-team appearances for the Championship outfit, scoring six tries.

"A lot has changed since I made my debut in 2009 and it's clear that the club are moving forward," Mama told the club website.

Director of rugby Andy Robinson added: "It's vital that Bristol continue to nurture young talent and Marco is an example of how successful the academy system can be.

"He has a fantastic energy for the game and his displays have impressed me.

"Marco continues to mature as a rugby player and his versatility provides us with a number of options across the back row."