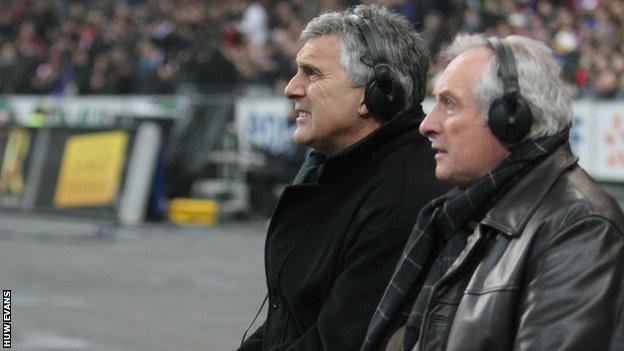 Chris Brown stood down as chief executive at Rodney Parade club after 18 months in June.

The former fly-half won 21 Wales caps and was a British and Irish Lions tourist in South Africa in 1980.

Since retiring from the game, Davies has held a number of high-profile positions including head of sport at BBC Wales and chairman of the Sports Council for Wales.

He was appointed dean of the Carnegie faculty at Leeds Metropolitan University in 2009.