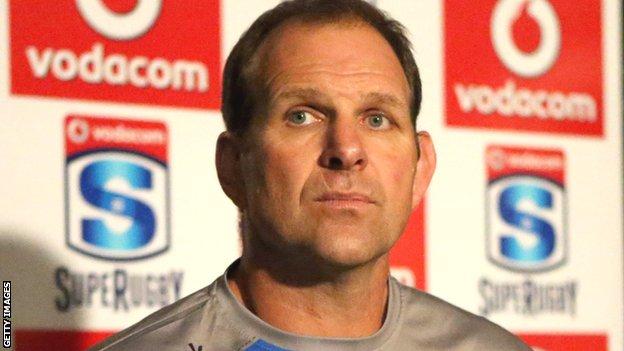 Ireland have appointed John Plumtree as their new forwards coach, with the Kiwi starting work in September.

Plumtree has been Natal Sharks head coach since 2008 and has won the Currie Cup twice with the South African side.

"Having watched a number of recent Test matches there are some really positive challenges in front of us," said Plumtree on Wednesday.

"I'm conscious of the responsibility we have and will be working hard to play my part in driving the team forward."

Plumtree coached Swansea to Welsh League success in 1998 and followed that up with Welsh Cup and Welsh-Scottish League triumphs.

He guided Wellington Lions to three play-off finals before moving to Natal Sharks, and was named South African Coach of the Year in 2012.

"It's great to have John joining us as part of the Irish coaching team," said Ireland coach Joe Schmidt.

"His proven success and broad experience across a number of competitions, along with his ability to provide quality direction, will add real value to the team."