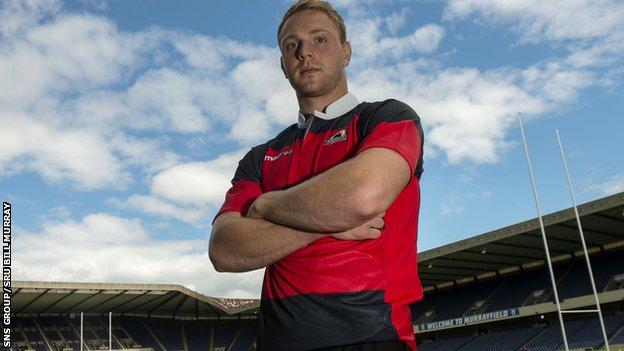 Scotland international Greig Tonks has signed a contract extension with Edinburgh until 2015.

The 24-year-old former Northampton Saints full-back moved to the capital club in the summer of 2012.

And his consistent performances were rewarded with a first senior cap on this summer's tour of South Africa.

"I was happy to achieve my goals in a pretty whirlwind year, so it was an obvious decision for me to try and stay as long as possible," said Tonks.

"I came to Edinburgh Rugby intent on playing as much as possible and hoping to pursue an international career with Scotland so, on a personal level, my time here has gone really well.

"Naturally I'm keen to get more game time for Scotland after getting my first cap but it's really important to me to have a good season with Edinburgh Rugby.

"As a team we need to perform better. There's a lot happening behind the scenes to get excited about and hopefully this time next year we'll be looking back on a better year."