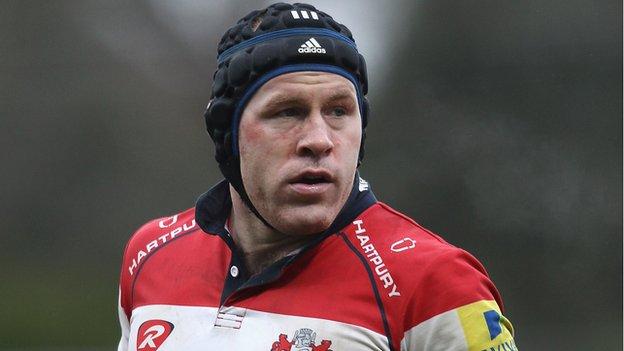 Flanker Peter Buxton has announced his retirement only a month into his contract at Bristol.

The 34-year-old spent 11 years at Gloucester before agreeing a move to the Memorial Stadium when his contract expired at Kingsholm this summer.

He reported for pre-season training with Bristol at the start of July but the club have now cancelled his deal.

Buxton told head coach Andy Robinson he was not able to maintain "physical and mental" demands of playing.

"Due to previous wear and tear on his body, he felt it was now the right time to call it a day," Robinson told BBC Radio Bristol.

"We are disappointed. We signed a player with a great record and he'd been training well with the squad.

"But looking at the whole season, it was going to be tough for him."

The Cheltenham-born second rower started his career with Newport before joining Gloucester in 2002.

He went on to make 273 appearances for the Cherry and Whites and their 40-39 defeat by Exeter Chiefs on 4 May has now proved to be his last game as a professional player.