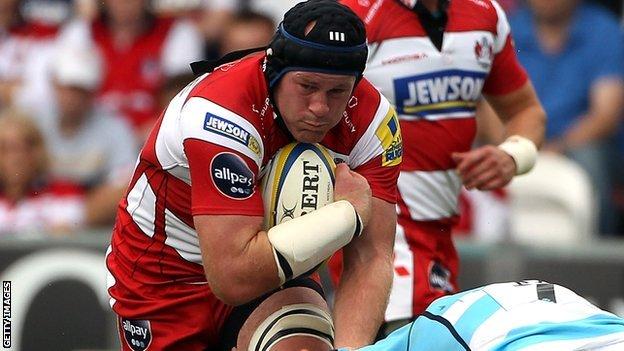 Peter Buxton has returned to Gloucester as their senior academy manager following his decision to retire.

The 34-year-old left Kingsholm in the summer after 11 years with the Premiership club and agreed a season-long deal with Bristol.

He trained with the Championship side during pre-season but announced on Monday he was to quit playing.

"I would like to thank Bristol and in particular Andy Robinson for understanding my reasons," he said.

We are disappointed. We signed a player with a great record and he'd been training well with the squad. But looking at the whole season, it was going to be tough for him

"In the two months I was with the club I was impressed by the ambition, work ethic and professionalism shown by the management, coaches and players.

"I felt when I joined that I had plenty of rugby ahead of me. However, during pre-season I realised that my body is not quite where I hoped it would be.

"When I started to doubt myself and ask questions about my ability at the highest level, I knew it was time to call it a day.

"While not wanting to let down the Bristol supporters, I did not think I could perform at the level I have in the past and is expected by the club, I've have decided to focus on my long-term future and what will come next for me and my family."

The Cheltenham-born second rower started his career with Newport before joining Gloucester in 2002.

He went on to make 273 appearances for the Cherry and Whites and their 40-39 defeat by Exeter Chiefs on 4 May has now proved to be his last game as a professional player.

Buxton takes over from Andrew Stanley in Gloucester's back room.