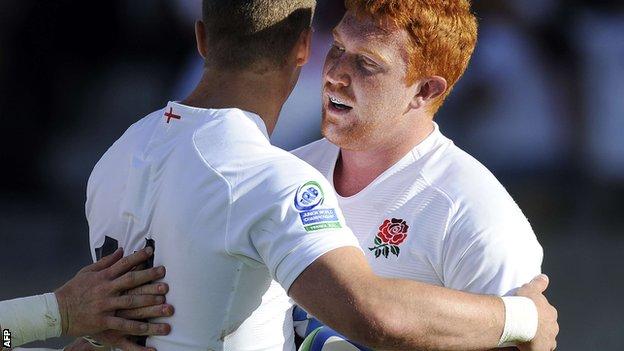 Cornish Pirates have signed back-rowers Joel Conlon and John Stevens as they strengthen their squad ahead of the start of the new season.

Conlon joins in a dual-registration deal with Exeter Chiefs, where the 19-year-old has played for the first team.

He was also part of the England Under-20 squad which won the IRB Junior World Championship in June.

Stevens, the son of legendary England and Cornwall prop Stack Stevens, is a member of the Exeter Chiefs academy.

"Building on the good relations we have built with Exeter Chiefs, we welcome Joel and John to the Pirates," said Pirates head coach Ian Davies.

"The two lads will be looking to emulate Sam Hill, Dave Ewers, Jack Yeandle and Jack Nowell, who gained game time with us and are all now pushing for Premiership spots with the Chiefs."

The signing of Conlon and Stevens follow the arrival of fly-half Angus Sinclair, scrum-half Mike Pope and full-back Luke Jones on Monday.