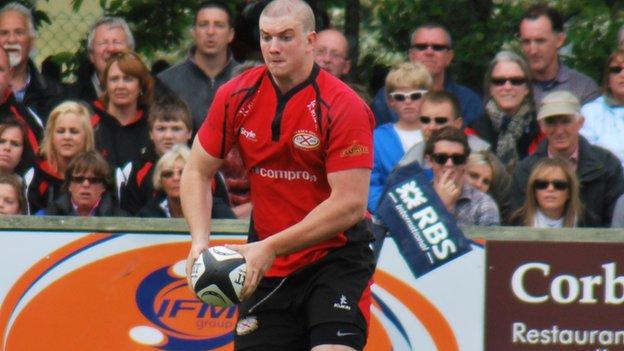 Jersey hooker David Felton says the advent of full-time professionalism at the club will not be a barrier to local talent getting a chance.

Felton came through the academy ranks at Jersey but as the club have risen up the leagues, the number of players born away from the island has grown.

"I don't see us fielding an 'all-foreign' side," said Felton.

"The talent here will grow and the quality of the players they bring in will drive the standard up higher."

Jersey will be a full-time professional side for the first time in the forthcoming Championship season.

Felton added: "The boys come in to do a job - it's the world of professional rugby."

Jersey will face a markedly superior standard of opposition in pre-season when Premiership champions Leicester Tigers arrive on the island at the end of August, but the 24-year-old said the player would accept the challenge head-on.

"I think it will definitely be a step up against Leicester," Felton told BBC Radio Jersey.

"There'll be nowhere to hide, the boys will be coming out firing."