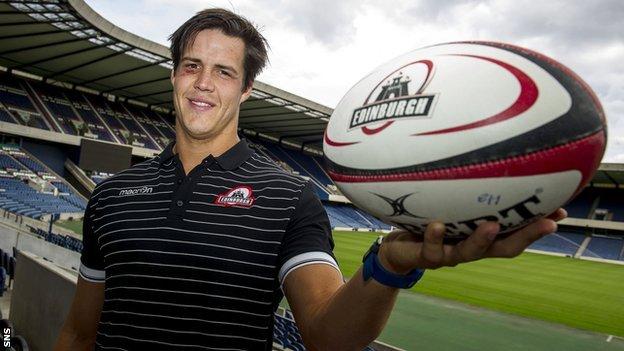 Second row Atkins, 24, and 25-year-old scrum-half Hart both qualify to play for Scotland.

"The opportunity to play against some of the top teams in Europe will be a fantastic challenge," said Atkins on the Edinburgh website.

And Hart added: "It's great to be here and I'm really looking forward to representing the capital. It'll be a huge honour."

Atkins, whose father is from Scotland, played for Force before joining Waratahs while Hart, who has a Scottish grandmother, joined the Australian side from New Zealand's Blues.

The two signings, which Edinburgh say are subject to medical examination, are the first since