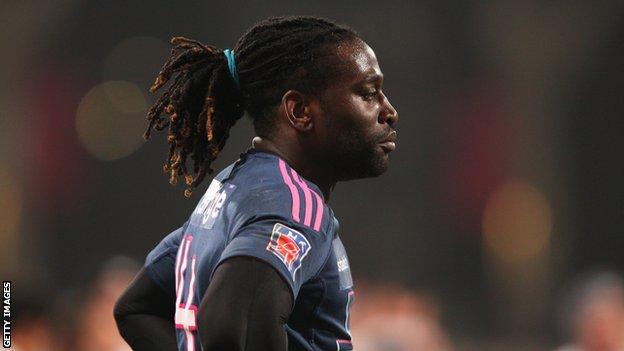 Premiership side Harlequins have completed the signing of former England international Paul Sackey.

The 33-year-old winger has spent the last three seasons in France playing for Toulon and Stade Francais.

Quins director of rugby Conor O'Shea said: "To get the chance to sign a player of Paul's experience and ability is great for the club.

"Paul is in good shape and I know how much he still wants to succeed. He wants to finish his career on a high."

Ross Chisholm is set for a lengthy spell out after tearing his anterior cruciate ligament in the JP Morgan 7s tournament, while fellow full-back Ollie Lindsay-Hague is sidelined with a shoulder injury until November.

"I wanted to return to England to finish my career so to be given the chance to do so at Harlequins is very exciting for me," Sackey said.

"As a Londoner I know the club and its players very well and have admired the club's style of play over recent seasons.

"I'm looking forward to being a part of the squad as it seeks to continue its recent trophy-winning run."