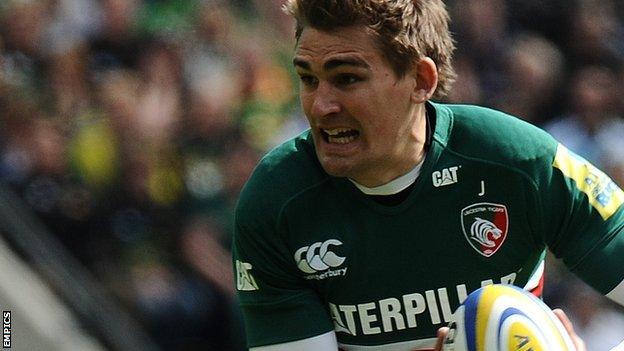 Leicester Tigers have confirmed Toby Flood will remain as captain next season, with Anthony Allen and Louis Deacon appointed as vice-captains.

The 28-year-old England international led the Tigers to their 10th English title in May after assuming captaincy in the latter part of the season.

Flood took over from Geordan Murphy, who retired from playing in the summer.

"I enjoyed the role of captain during last season and I'm looking forward to continuing," he told the club website.

"There are so many good players and leaders in this squad that everyone shares the responsibility on and off the field."

Flood joined the Tigers from Newcastle Falcons five years ago and played his 100th Premiership game for the club in January.

Tigers director of rugby Richard Cockerill said the fly-half was the obvious choice to take over captaincy full-time after his efforts last term.

"He is in a key position in the team, a key decision-maker and communicator, and he led the team very well at the end of last season," he added.