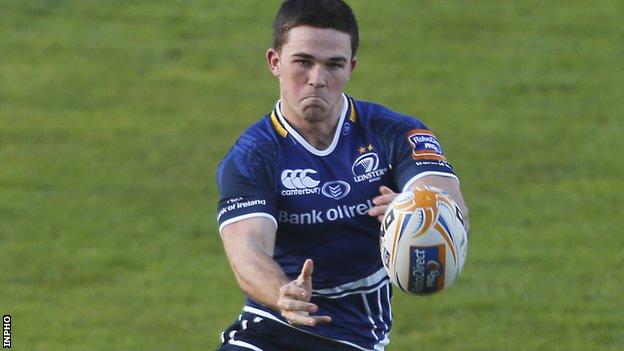 Leinster centre Eoin O'Malley has retired from the game at the age of 25 because of a long-standing knee injury.

The former Ireland Wolfhounds player made 54 appearances for Leinster after making his competitive debut in 2009.

"It is obviously an incredibly tough reality that I am still trying to come to terms with," said O'Malley.

"After exhausting all options I am devastated to be retiring from the game. At the age of 25, it is surreal to be reflecting on your career."

He added: "Having had a bit of time to reflect on this day coming I look back with real pride, firstly by getting into the Leinster Academy and then progressing up the ranks to a Leinster squad who would go on to have such a successful number of years.

"To have played a small part in my home province's success is something I dreamed about since I was a child and it will always mean an enormous amount to me.

"It was always a great honour to pull on the Leinster jersey and they are memories I will never forget."

O'Malley played for both Leinster and Ireland schools selections and went on to play with Old Belvedere in the All-Ireland League and graduated from the Leinster Academy.

Capped 10 times with Ireland Under-20s, the Dubliner featured in three Irish Wolfhounds matches and was called into the extended training squad for Ireland's Six Nations campaign in 2012.