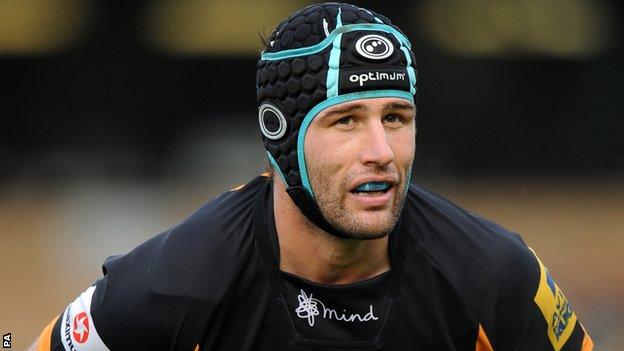 Bell, 30, whose younger brother Tommy also plays for Wasps, has made 36 appearances for the Premiership side since joining from Sale Sharks in 2011.

Former Scotland international full-back Southwell, 33, loses the captaincy after a single season in the role.

"I'm delighted and honoured to have been asked," Bell told the Wasps' official website.

"I have captained Wasps a few times now and it's always been a very enjoyable experience and something I was always very proud to do.

"We've got some great leaders here anyway so it's not a terribly difficult task to motivate the players but it's about getting out there and leading by example in every way that I can."

Southwell, who joined Wasps from Stade Francais in 2011, was given the captaincy last summer and director of rugby Dai Young paid tribute to his efforts as the club finished eighth last season.

"It is important to first of all to recognise what a great job Hugo Southwell did last year," Young commented.

"Throughout that time, he was well supported by Chris, who is a senior leader in this squad, and I know he will pick up the baton now and be excellent in the role.