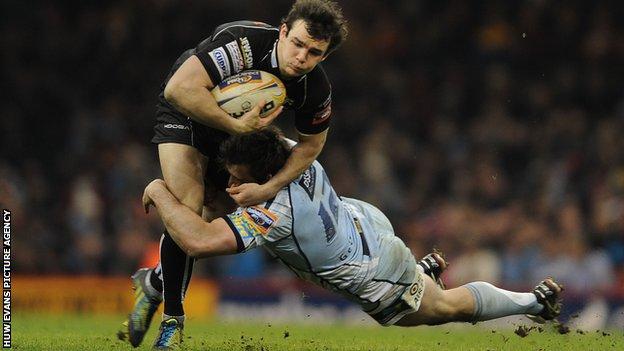 Versatile Ospreys back Tom Habberfield has been ruled out for up to eight weeks with an ankle injury.

Habberfield will miss the start of the new RaboDirect PRO12 season.

"Tom damaged ligaments in his ankle in training at the end of last week and we were then able to confirm the extent of the damage through a scan on Monday," said Ospreys head physio Chris Towers.

"Based on previous experience we could expect to see him return in around six to eight weeks.

"We plan to conduct more investigations over the next week, and once those investigations are complete will be in a better position to confirm the exact management plan for Tom."