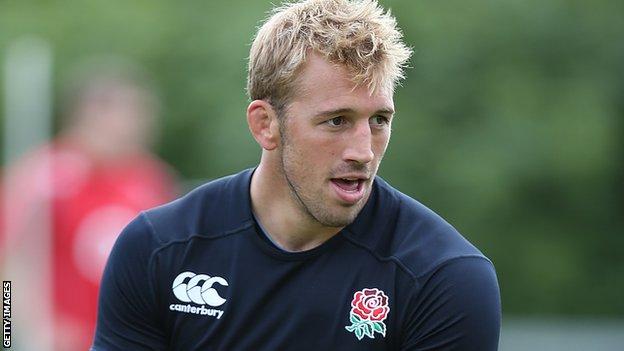 England captain Chris Robshaw has signed an extension to his contract at Harlequins, which will keep him with the club until the summer of 2016.

The 27-year-old back row forward, who has captained his country 16 times, made his debut for Quins in 2005.

He said: "It's a fantastic club with huge aspirations, which I am excited to be a part of.

"I have learnt so much in my time here and continue to do so from all the people around me."

Robshaw, who was named Harlequins captain in 2010, has scored 16 tries in 170 appearances for the Twickenham Stoop outfit.

He led the side when they won the Amlin Challenge Cup in 2011 and the Premiership title the following season, and was named as Premiership Player of the Year in May last year.

He added: "I am really looking forward to kicking off this season and winning more silverware with this great club."

Robshaw made his England debut in 2009 was appointed captain ahead of the 2012 Six Nations.

He was rested from England's tour of Argentina this summer after missing out on selection for the British and Irish Lions in the series win over Australia.

Quins director of rugby Conor O'Shea described the news Robshaw had extended his deal as "great for the club and all of its supporters".

He continued: "Chris is not just an incredible rugby player, he is and has proven to be one of the great leaders of the modern game.

"We know we have a player and person who will do everything he can to lead this club to the success and levels we all crave.

"I know his motivation for success with both Harlequins and England burns greater than ever."