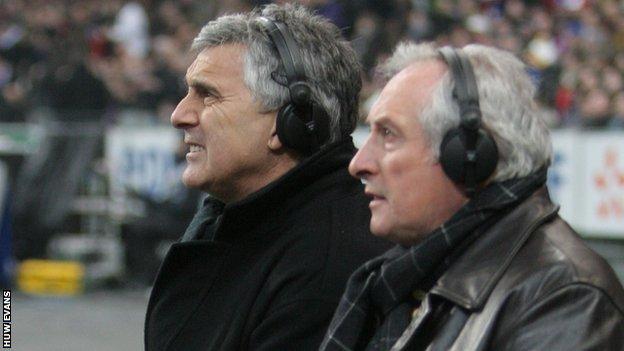 Newport Gwent Dragons & Newport RFC have announced that Gareth Davies has been appointed as their new chief executive.

The former Wales fly-half will take up his position in September.

"I have been hugely impressed by the professionalism and ambition shown throughout the business, both at the Dragons and Newport," said Davies.

"I will look to build on an already strong foundation with the new appointments of Lyn and Kingsley and the new players on the field.

"It's an exciting time here at the Dragons and I look forward to joining the team in September."

Davies, who won 21 Wales caps and toured with the British and Irish Lions, has held a number of high-profile positions including head of sport at BBC Wales and chairman of the Sports Council for Wales.

He has just ended his tenure as Dean of the Carnegie Faculty at Leeds Metropolitan University today. He has also been on the board of Leeds RFC.

"We have created strong, sustainable foundations on which we can now build, " said Will Godfrey, chairman of Rodney Parade Ltd.

"With Gareth's expertise and experience within both business and rugby we look forward to developing the business both on and off the field.

"With Gareth's appointment we have the infrastructure and team in place to secure a successful future for the business."