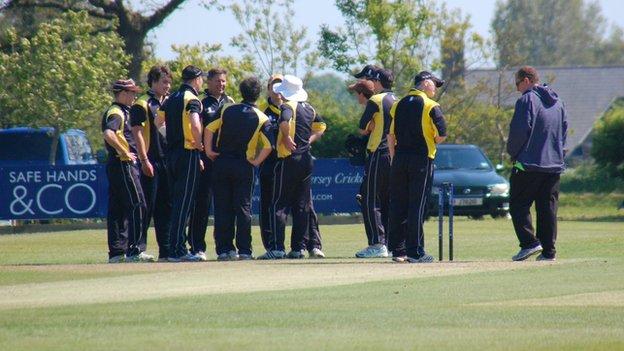 Old Victorians captain Jonny Gough says he would like to see the return of the Channel Islands Cricket League.

The league, which pitted the best teams from Guernsey and Jersey against each other, was scrapped in 2012 amid issues over travel costs and mismatches.

"There's been a lot of repetitive cricket this year. A few more games of the CI League does bring something but the format has to be worked on."

Old Victorians won the Jersey Cricket League and will face the winners of Guernsey's equivalent competition in the Upton next month.

But Gough would like a return to more regular meetings with teams from Guernsey.

"That's my opinion, some people will argue against that," said Gough.

"The worry was that it was an expensive way of doing things, difficult to attract sponsorship and also that some of the games lacked quality.

"But I hope they bring it back as I did like the Channel Island League personally."

Gough's team won the league after a final-match clash with Sporting Club Francais, with both teams in with a chance of the title.

"It was a very big surprise to win the league," he added.

"We haven't played the best cricket this season but all sides have beaten each other so it's been a good season and nice to finish on top of the pile."