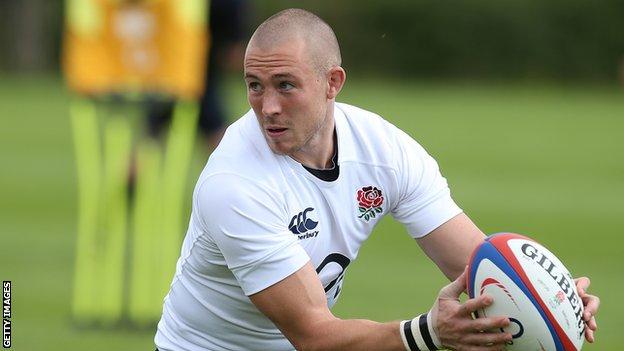 England international Mike Brown has signed a new contract with Harlequins, which will keep him at the Premiership club until the summer of 2016.

The 27-year-old full-back, who made his first team debut in 2005, has made 18 appearances for the national side.

"If there is a person that embodies what it means to compete for his club it is Mike," Quins director of rugby Conor O'Shea said.

"Over the past couple of seasons he has received the recognition he deserves."

He added: "The great thing about Mike is that no matter what he achieves he just becomes hungrier and hungrier for more.

"That it is what you want from your players.

"I have no doubt that over the coming years we will see the best of Mike in both a Harlequins and England jersey."

Brown came through the academy at the Twickenham Stoop and has made 207 appearances for the club, scoring 67 tries.

The Southampton-born player, who made his debut for England against South Africa in 2007, becomes the latest player to pledge his future to Quins after England captain Chris Robshaw signed a new three-year deal last week.

"I am excited to have re-signed," Brown said

"I love playing my rugby here with this squad and team of coaches, who are all committed to improving our game and winning more trophies.

"There is so much potential and talent at Harlequins to challenge in all competitions and I want to continue to be a part of that."