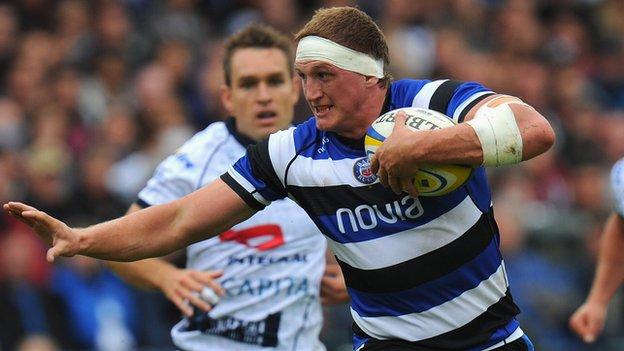 Second row Stuart Hooper has been reappointed as captain by Bath for a third season.

The 31-year-old arrived at the Rec from Leeds in 2008 and made his 100th appearance for the Premiership club last term.

"Stuart is a consummate professional, both on and off the pitch," said Bath's director of rugby Gary Gold.

"His leadership qualities are unquestioned and he has the utmost respect of all the players and staff."

Hooper has made 181 Premiership appearances in total, including 15 last season.

He said: "I am delighted and honoured to be asked by Gary and the coaches to captain Bath for another season.

"We have a very exciting squad here that I am very proud to lead and we are all looking forward to getting out on the pitch and getting the season under way."