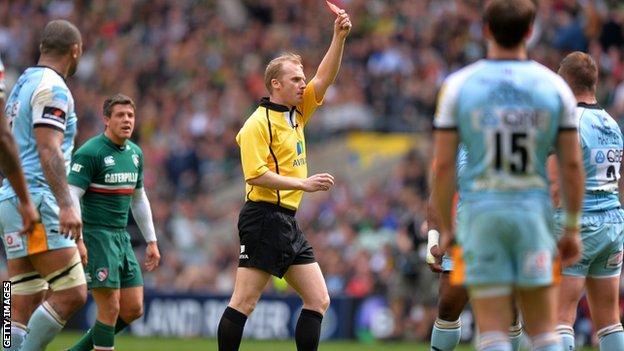 All Aviva Premiership matches in the 2013-14 season will have a television match official.

The scheme was only used in the league for televised matches last season.

The referee can ask the TMO to rule on any incident in the lead-up to a try, back to the last stoppage in play.

"This new TMO policy helps maintain the level playing field for all clubs alongside other measures like our salary cap," rugby director for Premiership rugby Phil Winstanley said.

"Last season only the 69 live TV matches were covered by the TMO, and we want to strive for world-class standards. Having a TMO in all 135 matches is an important step forward.

"Our analysis showed that officials could have been helped in many of the non-live matches last season, if the additional cameras had been in place."