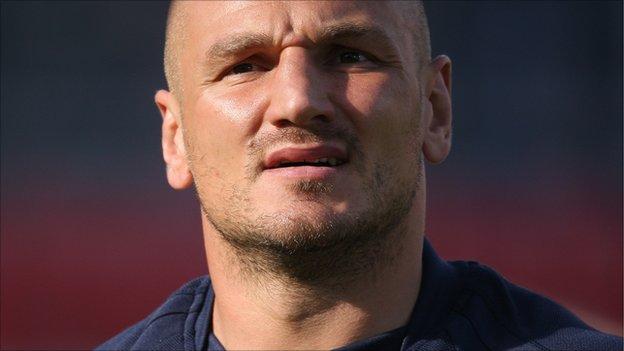 The 33-year-old has 54 caps, although over half have come off the bench, and has also played for L'Aquila, Aironi and French side Racing Metro.

This is an exciting move for me

He will provide competition at hooker for Neil Cochrane and Tom Lindsay.

"It's a great bonus to bring in Carlo, who has such strong experience," said Wasps director of rugby Dai Young.

Festuccia will again join up with compatriot Andrea Masi, a team-mate at two of his former clubs, at Adams Park.

"I am delighted to join Wasps and test myself in a new environment," he said.

"I have played in the Pro12 and the Top 14 and always wanted to compete in the English Premiership, so this is an exciting move for me."