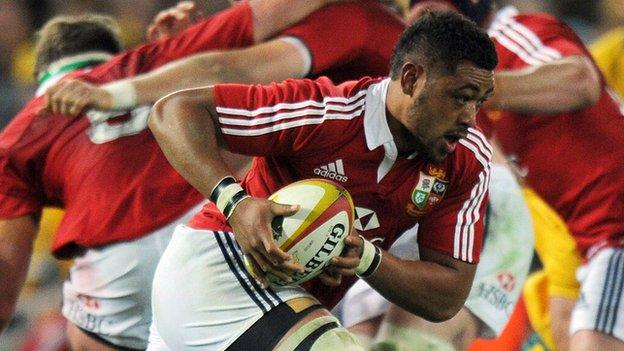 Welsh regions will rest most of their British and Irish Lions stars when the Pro 12 kicks off this weekend.

Leigh Halfpenny and Alex Cuthbert are also unlikely to be included in the Blues squad against Glasgow.

But Richard Hibbard and Ian Evans are expected to be on the bench for the Ospreys' trip to Treviso.

Dragons coach Lyn Jones says he had no hesitation in leaving Faletau out of his team for the visit of Ulster on Friday.

"All the Lions from England and France-based players have been back playing since a few weeks back, but I think that's premature," Jones said.

"What's important for the Lions is that they are right on top of their game at the important part of the season, which is around the Christmas period.

"You need to serve them well in that they can be right on top of their game mentally and physically come the international period."

Faletau was a key player in the decisive 41-16 third Test win over Australia, which clinched a 2-1 series victory for the Lions.

And Davies, who spent more time on the pitch than any other player during the summer tour, will also be given a watching brief as the Scarlets take on Leinster at Parc y Scarlets.

"So we've given him an extended break from the region, but now he's back in and it training and it won't be long before we see him back in action."

The Blues will definitely be without Lions captain Sam Warburton who missed the final Test with a hamstring injury and is likely to be out until October.

However, man-of-the-series Halfpenny and Cuthbert are in training and director of rugby Phil Davies expects them to be back in action soon.

"We're coming to the rugby part of their preparation so they will take some part over the next two or three weeks," he said.

"So they'll be into the groove pretty early as we build through the first block of league matches towards the first round of Heineken [Cup]."