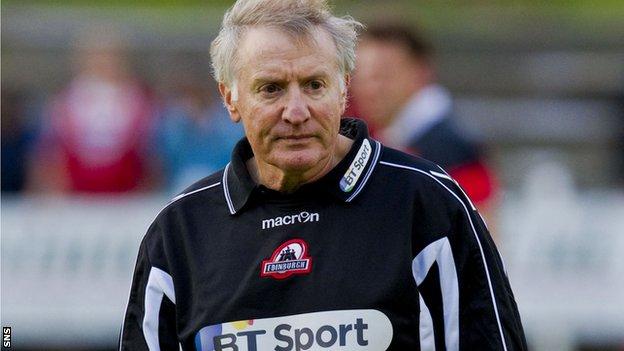 What will happen to Scotland's two professional teams this year? I'm interested in your opinions here, so add them later and we shall discuss.

Scottish derby performances have become as predictable as the very moment Westlife stand up at the key change and each contest has come complete with a display of ritual humiliation.

The tough boys from the west have either travelled the M8 or welcomed their visitors from the posh side of the country and then bullied them into submission.

It's been great for Glasgow and has led to a cocky swagger, but I don't think it's been for the greater good of Scottish rugby as any chain is only as good as its weakest link and Edinburgh's cogs have been as if cast in butter. Not acceptable.

And do you know what? I'd like Edinburgh to make it much, much more competitive this year.

What makes Glasgow tick? Sean Lineen assembled a good squad of players, brought in the find of the century in and went about his game planning with intelligence, Stuart Yuille is the master fitness trainer, and there is a tough bunch of players with their foundation a scrummaging pack that likes to mix it around the pitch.

Glasgow's European opponents are Exeter, Cardiff and Toulon and that's an easier group than Edinburgh's as we shall see later.

Edinburgh's weakness has been at scrum time, a general air of inferiority and an almost weekly change of game plan until Michael Bradley departed.

But it's pretty obvious that money has not been an issue at Murrayfield when it came to strengthening Edinburgh. , won't have come cheap, he brought with him a handy collision and defence expert in Omar Mouneimne and there are signings aplenty.

Beating Newcastle 15-5 in a pre-season friendly will have helped and, in David Denton, Nick de Luca, Matt Scott and Stuart McInally, there is a group of players who can mix it with anybody. Munster, Perpignan and Gloucester are the opponents in Europe and I hope they can give a few teams a fright.

Could this be the year that Edinburgh become more of a threat? I hope so. The team has lacked "bite" in recent seasons. Scotstoun gives Glasgow an advantage as there is now a home ground and a training venue in the same place and it's a cosy little venue.

Edinburgh having to play at Murrayfield is a handicap. There is no way on earth you can make that place feel like home unless it's half full - as it was for their famous win over Toulouse.

The next stage has to be either a temporary stadium on the all-weather pitch at the back or a smaller ground upgraded for European rugby elsewhere in the capital.

The key to Scottish success on the bigger stage is how Edinburgh perform. At times last year, they were, frankly, embarrassing.

I think Glasgow will remain the dominant force though. I hate predictability. It's boring.

I hope Edinburgh stuff them sometime soon. To make it interesting. What do you think?