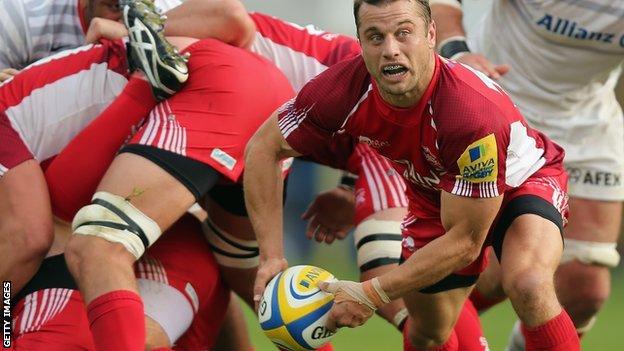 Keats played against Stade Francais in October 2012 but was not registered in the club's tournament squad.

Last season by the Rugby Football Union for committing the same infraction in the Aviva Premiership.

They were ultimately relegated to the Championship by 10 points.

"ERC awaited the conclusion of London Welsh's RFU disciplinary hearing and the subsequent appeal before beginning its own investigation," a statement read.

"The independent disciplinary committee determined London Welsh were guilty of misconduct in breaching the Amlin Challenge Cup player registration rules and imposed a fine of €10,000."