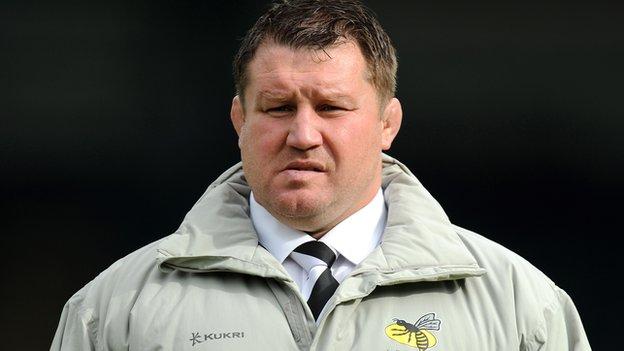 London Wasps director of rugby Dai Young has agreed a contract extension with the Premiership club.

The length of the new deal has not been revealed, but the Welshman had two years to run on the contract

The 46-year-old led Wasps to an eighth-place finish last season.

"It's an exciting time to be at Wasps and there's a real positivity here about the future and where we are headed," he said.

"It's been great to have lots of players committing their own futures to Wasps in recent months with new contracts and I am happy to do likewise.

"New ownership under Derek Richardson has already had a positive impact and there's plenty to look forward to here."

Former union and league international prop Young's side finished 17 points outside the play-off places last term, but it was a significant improvement on the relegation fight they faced during his debut campaign at Adams Park.

The club received encouraging news in the spring when became principal shareholder to ease the club's financial troubles.

Chief executive Nick Eastwood said: "Dai has done a wonderful job in difficult circumstances over the past two seasons.

"There's a lot of excitement about what the future holds at London Wasps and Dai is a crucial part of that."