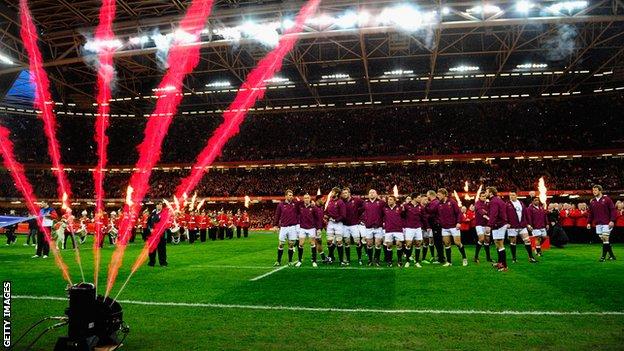 A lieutenant colonel in The Royal Welsh has been appointed as the new Millennium Stadium manager.

He takes up the post after former police chief superintendant Gerry Toms stepped down in June.

"I am deeply honoured to be joining the Welsh Rugby Union in such an important role," said Williams. "I relish the challenges and opportunities."

Williams was decorated for his actions in combat in Iraq where, as a company commander, he led 135 Welsh soldiers on missions into Basra during the height of the fighting in 2007.

Williams, who is from Glynneath, added: "As a proud Welshman and rugby supporter, I understand the important place the stadium holds in the whole psyche and culture of Wales.

"I know my military and leadership experience will serve me well and I look forward to working with a great team at the WRU."

WRU chairman David Pickering said: "This is a great appointment for the WRU and I know Mark already has strong and relevant relationships with the relevant local authorities, the emergency services and with the Welsh government."