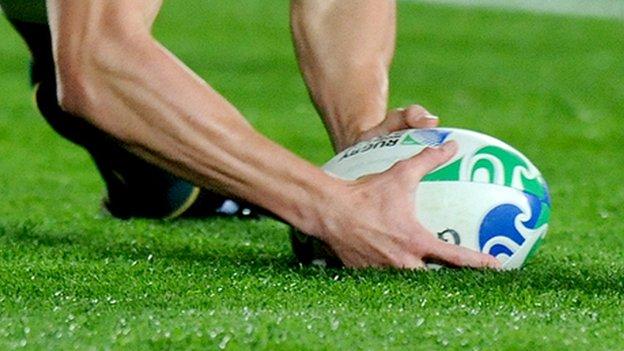 Coventry RFC have vowed to stand by one of their most promising youngsters, back-row forward Michael Ryan, after his two-year ban for taking steroids.

The young forward has been suspended by the Rugby Football Union after testing positive for non-specified substances.

"It's a case of a young man making a very bad choice," said Coventry director of rugby Phil Maynard.

"But we haven't cast him into the middle of nowhere. We've got him working with our medical team."

"He was not on contract with us, but he was part of our academy system.

"And hopefully, with a course of rehabilitation and an understanding of what he's got himself into, he'll come out the other end."

Ryan's drug test came to light at the end of last season on 20 May, when tested positive for 19-norandrosterone and Clenbuterol.

Ryan, who admitted to the offence and agreed to the case being heard without attending in person, has been suspended from the date of the original temporary suspension, freeing him to return to action on 7 June 2015.

Ryan became the first Coventry player to come through the Henley College Rugby Development Centre programme when he made his debut in the back row as a 19-year-old for the National League One side in March.