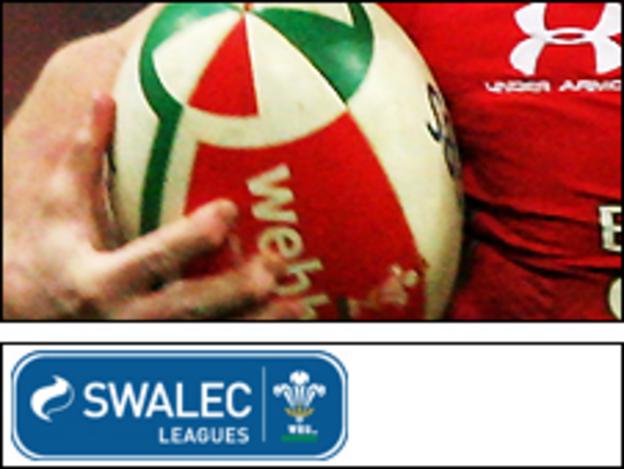 Llanidloes may have claimed a place in the record books by beating rival Welsh club Holyhead 181-0 at the weekend.

The club from Powys in mid-Wales is waiting for official confirmation that their lopsided 29-try win in Swalec League 3 North is a new British record.

The previous record is thought to be Norwich 177-3 Eccles & Attleborough set in a Norfolk Cup match in 1996.

The world record score of 350-0 was set by French Third Division side Lavardac against Vergt in 1984.

In 2009, Alcester thought they had earned a place in the record books when they beat Coventry Saracens 194-3 in Midlands Six West (South East).

But that scoreline was expunged as Coventry Saracens - who had only eight players - fell foul of the laws that insist scrums have a minimum of five players per side.

Llanidloes chairman Huw Jenkins told BBC Sport Wales that the distance Holyhead had to travel from their Anglesey home to play Llanidloes, which is a round trip of more than six hours, contributed to the visitors only being able to field 13 players.

While the massive winning margin should be a feather in Llanidloes' cap, Jenkins stressed that "it is not good for the game in north and mid-Wales" and highlighted the problems faced by many of the mostly amateur clubs in the area.

There were five tries each for Llanidloes players Sam Vaughan, Teddy Brittain and James Davies, while 19-year-old fly-half Tom Morgan claimed a hat-trick of tries and kicked 16 conversions.