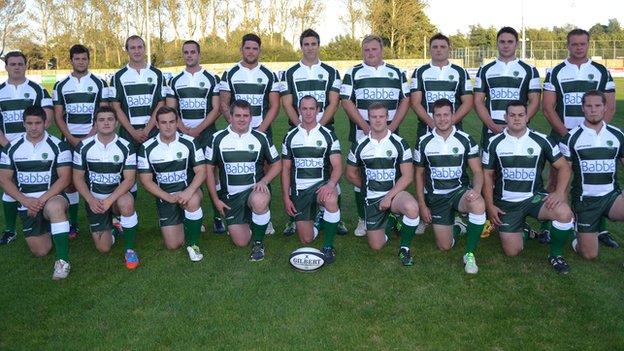 The Green and Whites led at half-time but a late Tonbridge try saw them fall to a 19-17 defeat.

"It was very disappointing not to get the win, we were definitely the better team on the day," he told BBC Guernsey.

"We were probably written off but we've taken a big step forward in proving we can be in one of those top five spots."

Reynolds added: "We've done ourselves proud - we got a losing bonus point and that's better than not coming away with anything.

"The guys defended really well and I think there's a lot more to come. I can't be too disappointed with the result and there's a lot to build on.

"It was one of those days when things didn't go our way."