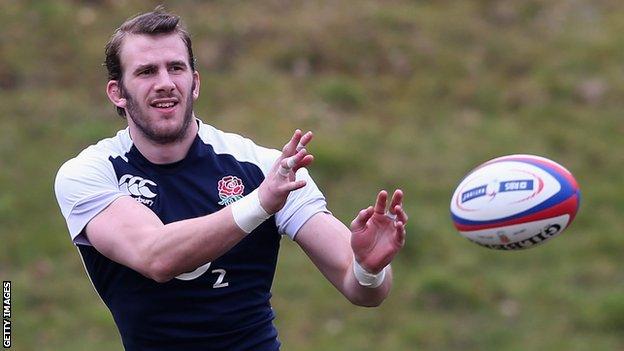 England and Leicester flanker Tom Croft will miss the whole of the Six Nations campaign and the entire domestic season with a knee ligament injury.

Croft, 27, played in Sunday's Premiership opener against Worcester, but damaged his anterior cruciate ligament and had surgery on Tuesday.

"We felt it was relatively innocuous but the ACL was ruptured," said Tigers director of rugby Richard Cockerill.

Croft missed a large part of last season with a neck injury.

However, he returned to full fitness in January and, having helped Leicester to the Premiership title in May, was part of the triumphant British and Irish Lions tour to Australia, playing in two of the three Tests for the Lions.

Croft, who also featured in three Tests for the Lions against South Africa in 2009, has been capped 38 times by England since making his debut against France in 2008.

Cockerill told BBC Radio Leicester: "It's horrendous bad luck for Tom because it is only last year that he came back from a very bad neck injury and did so well for England and the Lions as well.

"But these things happen. Tom will make a full recovery but it's his season over. It's a blow but we have just got to get on with things."