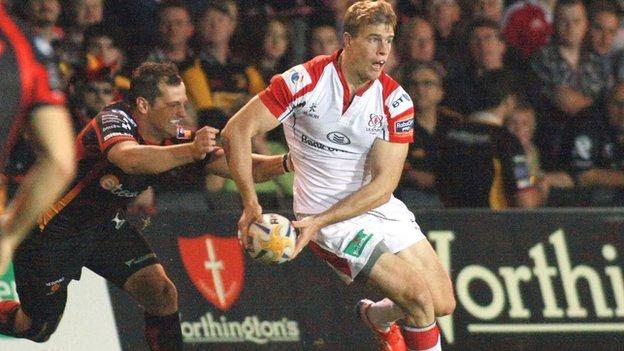 Ulster have suffered a blow ahead of Friday's game against Glasgow with wing Andrew Trimble ruled out for at least a month because of a finger injury.

The Ireland player will have surgery on the injury on Friday and he is expected to be sidelined for four to six weeks.

Trimble aims to be back for Ulster's opening Heineken Cup game against Leicester Tigers at Ravenhill on 11 October.

He will miss four Pro12 matches, starting with the Glasgow clash.

Trimble will also be sidelined for the league games against Connacht, Benetton Treviso and Ospreys.