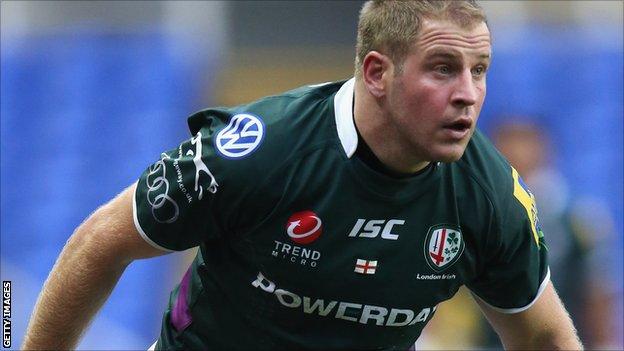 London Irish hooker David Paice has signed a three-year contract extension to keep him at the club until the end of the 2016/17 season.

The experienced hooker has represented England on eight occasions and has played nine times for the Saxons.

Paice joined the London Irish Academy in July 2003 and the 29-year-old said he was delighted to seal the new deal.

"It's great to have the deal done so I can now concentrate on London Irish and the season ahead," said Paice.