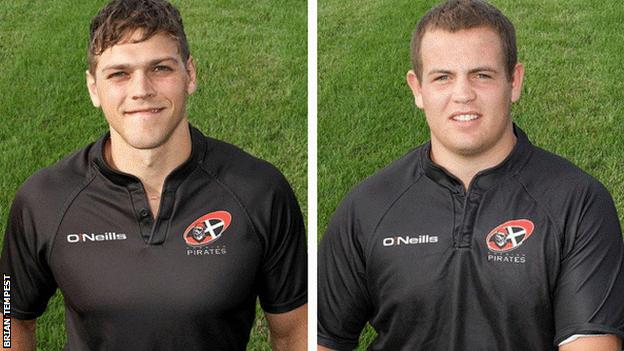 Cornish Pirates have signed centre James Tincknell and prop Kieran Davies on the eve of the new season.

Tincknell made a remarkable comeback to playing for Leeds Carnegie after suffering serious injuries in a car crash in February 2011.

The 25-year-old, who was in a coma for three weeks and had to learn to walk again, left Leeds to sign for Doncaster Knights.

Meanwhile, Davies, 19, has signed on a dual registration with Exeter Chiefs.

He has played for Exeter Braves - the club's second team - in the Premiership A league and also spent time on loan at Taunton.

Tincknell and Davies have both trained with the Pirates this summer and featured in some of the club's pre-season friendlies.