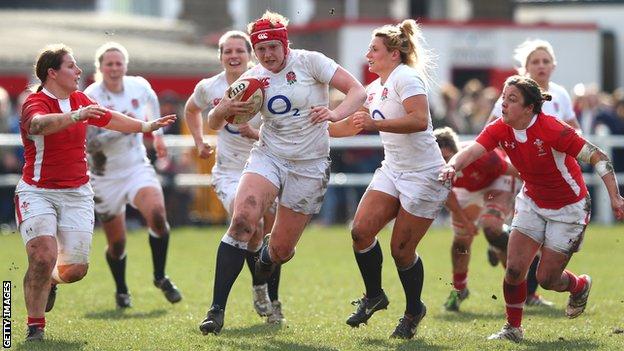 England Women will continue their preparations for next year's World Cup in France with autumn internationals against France and Canada.

Canada, who beat England 27-13 in last month's Nations Cup final, will play them again at The Stoop on 13 November.

England last played there in the 2010 World Cup final, losing to New Zealand.

"We will be heading into this series with some good camp time with the squad in the bag," England head coach Gary Street said.

"That will certainly aid us as we look to reverse the defeats France and Canada inflicted on us last season.

"There's no doubt these are going to be tough games - France have invested a lot in their programme of late and Canada are a side constantly improving."