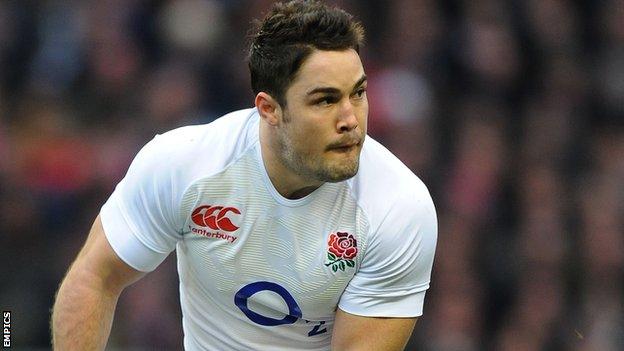 England centre Brad Barritt will miss the autumn internationals through injury, his club Saracens have said.

The 27-year-old has undergone surgery on ligaments in his foot and is expected to return in late 2013.

"Brad is a tremendously important player for us and England. He is on the road to recovery and we look forward to his return later this season," said Sarries boss Mark McCall.

"He will be missed through the autumn, although we have talented players ready to step forward."

Barritt has 16 international caps for England and started every Six Nations fixture this year as Stuart Lancaster's side finished runners-up to Wales.

for the Test series in Australia and played in tour matches against the Brumbies and Melbourne Rebels.

He started Saracens' season-opening Premiership victory over London Irish at Twickenham last week, but was left out of the squad for Sunday's visit of Gloucester,