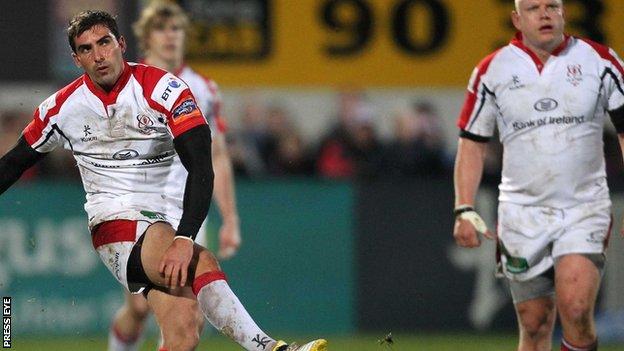 Ruan Pienaar looks set to leave Ulster at the end of the season to join Heineken Cup champions Toulon.

Reports in the French newspaper L'Equipe indicate that the versatile Springbok has agreed a two-year deal.

Ulster and Toulon have both declined to comment on the speculation surrounding the South African scrum-half, whose contract expires in June 2014.

Signed in 2010, Pienaar has been a crucial figure in Ulster's progress, scoring 510 points in 63 games.

Pienaar, however, is used to also being deployed as a fly-half and has regularly shared kicking duties at the Irish club.

His signature was regarded as an eye-catching coup by the province's director of rugby David Humphreys.

The 30-year-old has become a fan favourite at Ravenhill and helped the team to reach the finals of the 2012 Heineken Cup and 2013 Pro12.

The lucrative French Top 14 league has attracted the likes of Jonny Wilkinson and Jonny Sexton in the past.