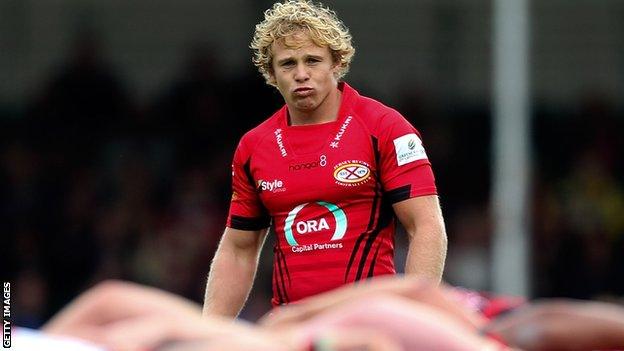 Jersey winger Ed Dawson is confident the islanders will bounce back from last Sunday's defeat when they face Bedford Blues.

Dawson was the only island-born player in the starting line-up for their Championship opener against Plymouth,

He scored one of Jersey's two tries before they faded late on.

"We've got confidence in ourselves that we should win this one," 23-year-old Dawson said.

"We face a good opposition here [at St Peter] in Bedford, we've got every faith we can beat them though."

Jersey lost their opening six matches last season in their first-ever campaign in the second tier of English rugby.

The Bedford side could feature fly-half Michael Le Bourgeois, who after helping them to Championship survival last season.

He was close friends with Dawson, who is looking forward to the possibility of facing his old team-mate.

"It's one of those things in rugby, that you get to play against close mates," Dawson told BBC Radio Jersey.

"I think it's quite hard for him to break in with the 10 spot which he wants, but after time Bedford will realise the quality they've got with him.

"He'll keep taking his opportunities and then with that he'll probably get a regular spot in the team."

There will be live commentary of Saturday's match on BBC Radio Jersey's Saturday Sportscene.