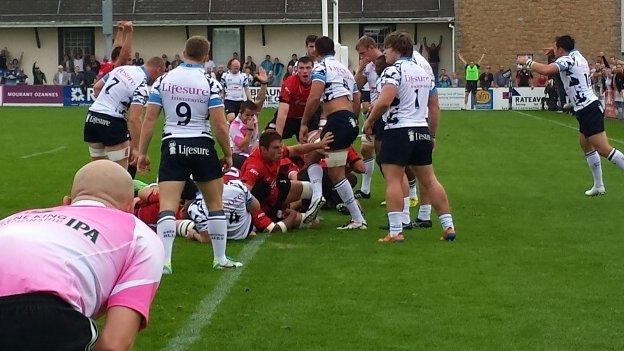 First-half scores from Ed Dawson and Fred Silcock gave Jersey the foundation for a 26-14 win over Bedford Blues.

Dawson's converted try after a precision kick by fly-half Niall O'Connor put the islanders 7-6 ahead.

Silcock extended the lead when he was credited with Jersey's second, but the visitors hit back through skipper James Pritchard's touchdown in the corner.

Two O'Connor penalties in a low-scoring second half were enough to secure the win for the hosts.

Former Jersey star Michael Le Bourgeois came on against his old club for the injured Pritchard but could not inspire a late comeback for last season's Championship finalists.

It means the Blues have begun the season with two straight defeats. They face Leeds Carnegie at Goldington Road next weekend while the islanders are home again at St Peter against promotion-hopefuls Bristol.