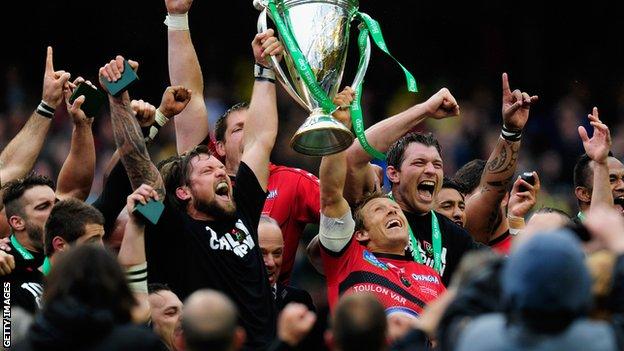 The body that organises the Heineken Cup (ERC) has appointed an independent mediator in an attempt to resolve the row surrounding the event's future.

English and French clubs will quit the Heineken Cup after this season.

The ERC's Jean-Pierre Lux said Mew's appointment is "a hugely valuable opportunity to find an agreed solution which will benefit all European club rugby stakeholders".

Clubs from England and France have revealed they will launch an alternative competition after announcing their intention to quit the Heineken and second-tier Amlin Challenge Cup at the end of the 2012-13 season.

They feel that clubs from Wales, Scotland, Ireland and Italy hold an unfair advantage in the competition in its current structure, and are also unhappy about how revenues are shared.

Their proposed new tournament would include English and French teams but be open to teams from other countries.

However, the ERC insists it is the only organisation that has the authority to organise European club cross-border competitions.

Mew was recommended to the ERC by the International Rugby Board (IRB).

The Canadian heard the IRB's appeal against the decision by a citing commissioner to clear Australia captain James Horwill of stamping on Alun Wyn Jones during the first Test against the British and Irish Lions in June.

After reviewing the original decision, Mew cleared Horwill to play in the final Test of the series.