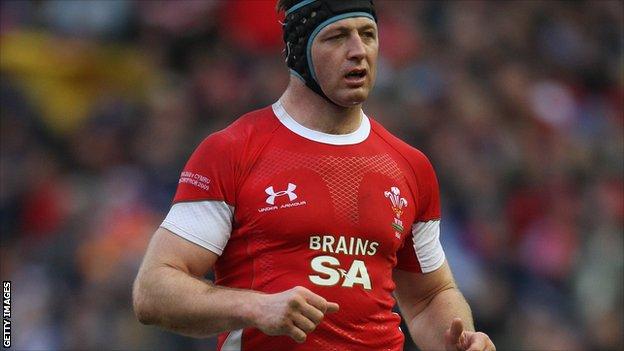 The 36-year-old forward, who won 64 caps, was a free agent after leaving the Ospreys in the summer and has signed a short-term deal at Irish.

Gough made 119 Ospreys appearances after signing in the summer of 2007.

Irish have injury concerns over George Skivington and Kieran Low, and the Reading-based club drafted in Ian Nimmo last week.

Gough has been one of rugby's stalwarts during a lengthy career that began back in the 1990s.

His last cap came in the 16-16 draw against Fiji in 2010 and he was overlooked for the World Cup in New Zealand.

He made 92 appearances for the Dragons before moving to the Ospreys and has made a total of 211 regional rugby appearances since 2003 - second only to lock current Dragons lock Adam Jones with 228.